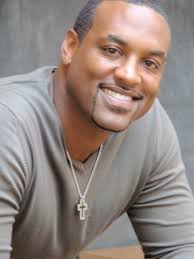 A player is a man who does not care about your feelings and is just with you because to him a woman is a plaything.A player is a non-committer who is basically interested in conquests than long term commitment. A player does not want to be accountable to you or anyone else, hes to scared to let himself feel things so he goes around hurting women to help him feel good about himself.

Usually, as a result of spending so much time with women they are so smooth and know exactly how to wrap you around their small finger. This is the sole reason why i’m here today to give you signs just so you do don’t fall in to the trap of a player.

Here are 6 signs to watch out for.

1. He expressly denies being one.

In my experience, the men who come straight out (unprovoked) and proclaim that they aren’t players, tend to be precisely that. He will announce this the first time he screws up, or senses that you’re leery about him. And he’s operating on reflex. You see, he’s so used to being accused of being one, that he instinctively plays offense from the start, in the hope you might be gullible enough to believe what you hear, rather than what you see.

Does he have an answer for everything? A really good answer for everything? I’m not surprised. as it comes from years of practice. He’s made all the big mistakes and has plenty of experience with smoothing things over. He knows what you want to hear, because he’s learned well from his previous enablers. Don’t add yourself to the list.

He pays just enough attention to make you crave more, but little enough to make you wonder how interested he really is. This ploy is designed to make you want more — which is what most of you end up doing — and some of you will go out of your way to get his attention via methods you wouldn’t normally lower yourself to. That’s exactly what he wants; you crawling on your knees for his attention.

Players don’t care about you really. All they want is your body, nothing else. No matter how much you try to have a meaningful conversation and share your personal details with him, you will never make him share his side of the story. Perhaps because he is not interested in opening up. Or maybe, just maybe, he has a lot of dirt that if you ever found out, you will leave running! Everyone has a past, and it’s ok not to go through it at this early stage, but at least you might want to know a little more about him. If he’s not sharing anything, he has a lot to hide. Be careful as this might be one of the most alarming sings he is a player. If he had 69 girlfriends before you, he is not going to share it with you, right?

5.He Flirts With Everybody

Woe to the woman who falls for this type of guy.It’s super easy to become interested in a guy who’s flirting with you. After all, just talking to him makes you feel good… and that makes you wonder if you make him feel good too.A guy who flirts with everybody isn’t shy – he’s going to go after what he wants. So if you’re hoping that he’s interested in you because he’s flirting with you, but he’s not making a move and he flirts with lots of other people, it’s a sign he’s a player.

6. He makes you feel like you’re overreacting when you’re not.

For example: He promises to call you at 9 pm, but doesn’t contact you until the next day. Why? Because he decided that watching the game with his mates would be more fun. When asked why he couldn’t be bothered to let you know, to send you a text at least, he replies by making you feel like you’re being clingy or too demanding. This guy is a tosser!

If you see these signs, please run. You don’t want to walk in to the torment that dating this man will be or is to you with your eyes wide open.